Civics is a course that offers 100% alignment to the Florida Standards for Civics. The
course includes a variety of unit and lesson activities that examine the history, geography,
culture, and economy of the state that encourage research and reflection. Civics
Semester B offers three units that cover topics including the American federal system, political
parties and the election process, basic economic principles, and current matters regarding
national and international economics. In Semester B, you will also examine the American
political landscape, including voting and election process and evaluate local and national
political figures. You will also compare and contrast the different levels of state and local
governments, investigate current health-related public policies, and plan a community service
project to address a local need. Finally, you will learn about the interconnected global economy
and America’s role in it, as well as plan and evaluate a personal financial budget.

By the end of this course, you will be able to do the following:

Describe how power is distributed between state and federal governments.
Explain the roles and functions of state and local governments.
Understand the structure of the federal bureaucracy and how domestic policy is made.
Explain how U.S. foreign policy is made and understand the role the United States has
played in world affairs over time.
Plan a service project that addresses a local community need.
Explain the U.S. election process.
Describe the ways voters and government might be influenced.
Synthesize knowledge about elections to organize an election/political campaign and
understand the important parts of the process.
Define key economic concepts.
Explain how the U.S. economy works and the ways in which the U.S. government is
involved in the economy.
Define key concepts in international economics.
Utilize economic understanding to create a budget.

This document outlines the design of Civics Semester B, as well as the coverage of
the Florida Standards for Civics within the course.

In this unit, you will learn about structure of the American system of federalism, including an
examination of the relationship between the central federal government and individual state
governments. In addition, you will also read about the structures of state and local
governments, including how powers are distributed and shared between each level. You will
also explore how and why the national government sets domestic policy, including how the
government regulates areas such as banking and finance and how it manages natural
resources, healthcare, and law enforcement. Finally, the unit examines the US approach to
foreign policy, including how the government works with other countries and international
organizations to settle global issues.

Syllabus for Civics, Semester B, Unit 1

Unit 2 focuses on the history and evolution of American politics since the beginning of our
nation. It includes an explanation of the major political parties in the country, including a
discussion of how these parties formed and how their platforms have changed over time. In
this unit, you will also receive a thorough explanation of political elections. You will learn about
different types of elections, the nomination process, the voting process, and the role of the
Electoral College in determining who will be president. Finally, the unit discusses role of the
media and interest groups on informing and influencing public opinion in the country. This unit
ends with an activity in which you will research and evaluate local political candidates or
leaders and compare your political ideas to those of these individuals.

Syllabus for Civics, Semester B, Unit 2

This unit explains our country’s place in an ever-changing, 21st-century globalized and
economy. It begins with an introduction to basic economic concepts before examining the
specifics of the US economy, including a discussion of business, banking, and the government’s
role in maintaining and regulating the economic health of the nation. The unit also describes
concepts related to international trade and how the country’s economy and economic
performance compares to that of other nations around the world. Finally, you will take the
ideas and skills that you have learned throughout the lesson to create a personal budget based
on an occupation and location of your choosing.

Syllabus for Civics, Semester B, Unit 3 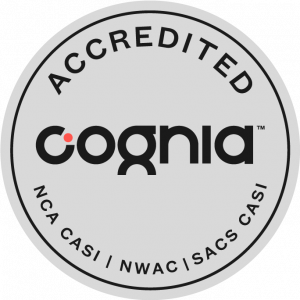